Laurence Equilbey is best known as the music director and conductor of the popular ensemble Accentus Chamber Choir. She has led this Paris-based, 32-member group in both a cappella repertory and in orchestral/choral fare. But Equilbey has also branched out, especially in the new century, regularly leading operatic performances and also conducting such well-known orchestras as the Orchestre de Paris, Lyon National Orchestra, and the Orchestre National de France. In the orchestral/choral realm she has led performances of works by Mozart, Mendelssohn, Brahms, Fauré, and scores of others. In opera she has conducted Mozart as well as rarely encountered fare like Britten’s Albert Herring, as presented at the Opéra Comique in 2009. Equilbey has also conducted many other well-known choirs, including the Berlin RIAS Kammerchor, Chapelle Royale, and the Collegium Vocale Ghent. Equilbey has made numerous acclaimed recordings, too, including a 2001 Na?ve CD of Figure humaine and other works by Poulenc. In addition, she has expanded the repertory of Accentus to include transcriptions, offering such disparate fare as Wagner and Mahler lieder, Debussy’s Les Angélus, Prokofiev’s “Field of the Dead” from Alexander Nevsky, Barber’s Agnus Dei from his famous Adagio, and many others. Equilbey’s recordings are available from EMI, Na?ve, and Virgin Classics. Laurence Equilbey was born in Paris, France, in 1962. She studied choral conducting with Erik Erikson at the Royal College of Music in Stockholm, and also had studies at the conservatories in Paris and Vienna. Among her later teachers was famed conductor Nikolaus Harnoncourt. Active mainly as a choral conductor throughout the 1980s, Equilbey founded the Accentus Chamber Choir in 1991. Almost from the beginning the ensemble drew critical acclaim and its first a cappella recording, an Aria Music CD of works by Brahms and Schumann, appeared in 1995. 1995 was also the year Equilbey founded a second ensemble, the Jeune Ch?ur de Paris. In 2000 Equilbey was named Music Personality of the Year by the Syndicat Professionnel de la Critique. In November of that same year she took Accentus on an acclaimed 11-city debut tour of the U.S. In the new century Equilbey has been especially active with Accentus on records, often turning out rarely performed music to great critical acclaim, as with the 2007 Na?ve CD of Liszt’s Via Crucis. At the 2010 St. Denis Festival (near Paris), Equilbey led Accentus in an acclaimed performance of Fauré’s Requiem, recorded live by Medici. 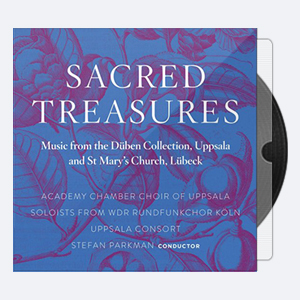 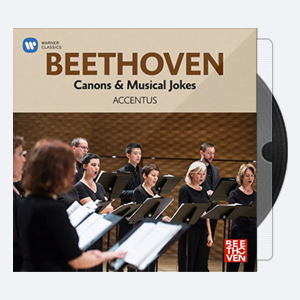